The greatest honour for German design

Awarded by the German Design Council

“The German Design Award directly contributes to the overall commercial success. Prizes will only be awarded to projects that truly represent pioneering contributions to the German and international design landscape. The highly esteemed, international jury guarantees this. The German Design Award identifies and presents unique design trends: a competition that advances the design-oriented scene.”

That’s how the German Design Council describes the Award on it’s homepage. And thereby only touches an important subject, viz. one of the most important aspects in quality compared to lots of other well respected prizes like the Red Dot Design Award – companies cannot directly submit their designs for the award, but have to be officially nominated by design-experts. 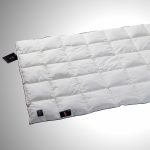 That’s how the jury explains the decission to award S-LOFT with the German Design Award Special Mention.

The German Design Council was fathered already in 1953 after an initiative of the German Bundesrat, the Lower House of the German Parliament. Since then it supports innovative companies in developing their brand value. Beside trade associations and institutions, design masterminds of well known companies belong to the selected circle of members. The presidency has already been held by famous designers and entrepreneurs such as Dieter Rams, mentor of the modernism, Randolf Alexander Rodenstock, longtime head of the glasses-company Rodenstock or at the moment Peter Pfeiffer, who as head of design had a major impact in the development of the Mercedes Benz CLS-class.

This very exclusive selection already shows the importance of the German Design Council. And honours our company even more, having reached the nomination for the German Design Award 2019 with our collection S-LOFT.